Everyone I know has at least one list they will never clear.

Even before the pandemic, it's usually a list of shows to watch. It's not a surprise, with the sheer number of streaming services today. But they take many other forms, such as:

Of all these examples, about half make up my lists I'll never finish. I'll let you speculate which ones those are.

Today, finding the best items for one's lists is essential. Each day we get a flood of new items we could add to them. But letting one's lists grow too long gets overwhelming and wasteful. Getting the most out of one's lists, and one's life, means being purposefully picky.

How Do We Select Wisely? #

There are three steps to making smart additions to a list:

Say there's an okay-looking Switch game I bought months ago on sale. Since then, I've seen games I know I'll enjoy more. But that would mean wasting the money I already spent. Plus I'd feel bad removing a game I've had waiting for so long. But when I start playing, it's not all that enjoyable. But I can't give up after an hour or two, and force myself to keep playing.

I didn't select wisely when I selected this game. That's where the three steps come in.

First, I need to skip the rationalizations and be honest with myself: my reasons for playing this game are crap. It's driven by guilt, obligation, and not wasting the time or money I invested. In other words, it's the sunk cost fallacy - the more someone invests in something, the harder it is to let it go. Even when something is a clear loser, like expensive and unprofitable Concord jets, people may keep sinking money into it. Our minds want to justify past decisions, so we need hard honesty to see past the excuses.

Second, I remind myself it's better to cut my losses and move on. Will I lose the time and money I already sunk into this game? Yes, and that's not fun. But the sooner I do, the less time and money I'll waste and can then put towards games I enjoy. The sunk-cost fallacy isn't that bad if you catch it early. What matters most is I learn from this mistake and don't repeat it.

Third, I need to be picky with what I select next. I need to know and be firm with the core criteria for adding to my lists. If my core requirements are intriguing stories and art styles, but without grinding, cliches, or turn-based combat, I'm not compromising. 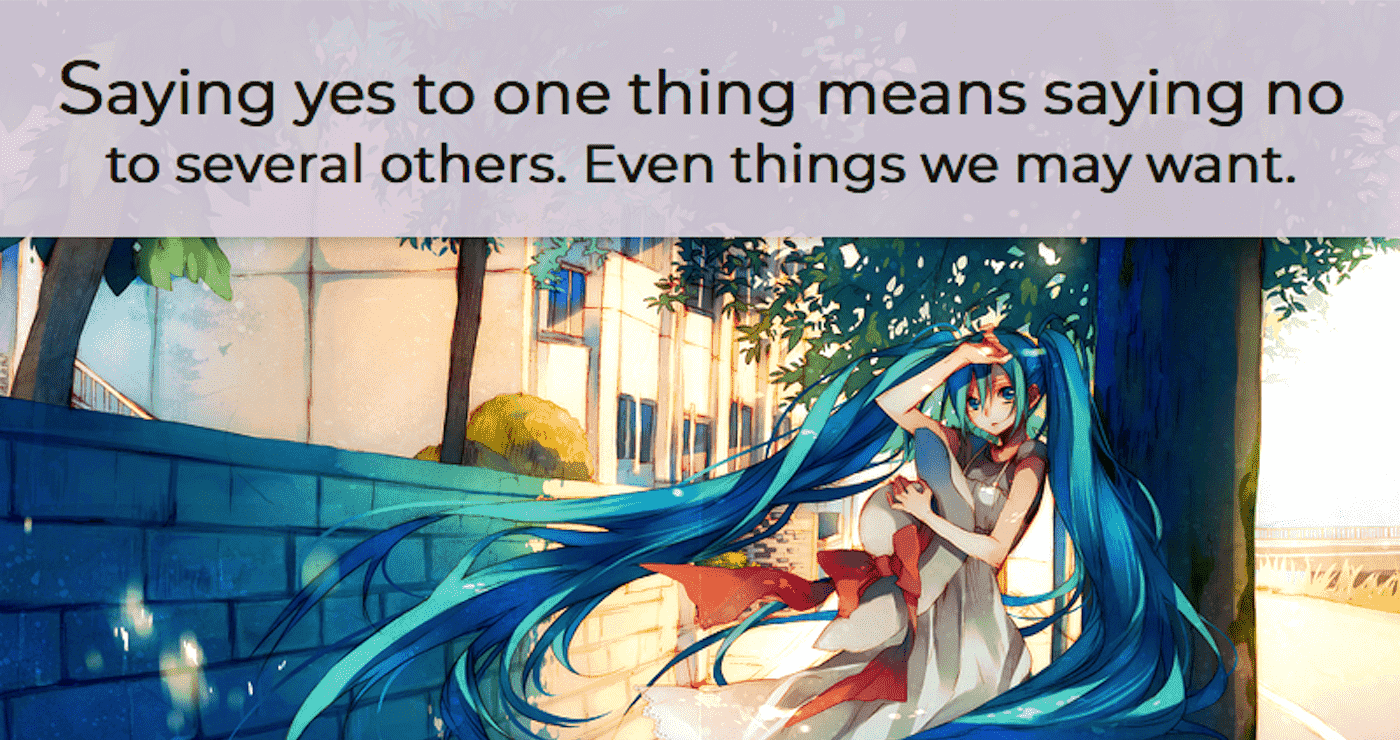 Does that mean I'll miss out on other still-enjoyable games? Yes. But I can only play so many. I need to be picky to get the most possible enjoyment from the games I do play. This lesson is so important, I'd long since added it to my quote collection.

This rule applies to my other lists too. There are limitless things I could try to learn as a coder, so I need to be picky. Right now I'm focusing on SVG and animations since they open up the largest number of creative ideas. It's the same reason I learned clip-path before, and that alone let me add so many tilts and shapes to my website.

Whatever lists you have, remember you have limited spaces for unlimited possible items. What we control most is what we add to them and why.

This is a continuous process, and I'll get better with practice. I'm always pruning my lists to weed out bad items early. The better I am at this, the more time I have for satisfying work and play.

In other words, the more time I have for a more satisfying life.